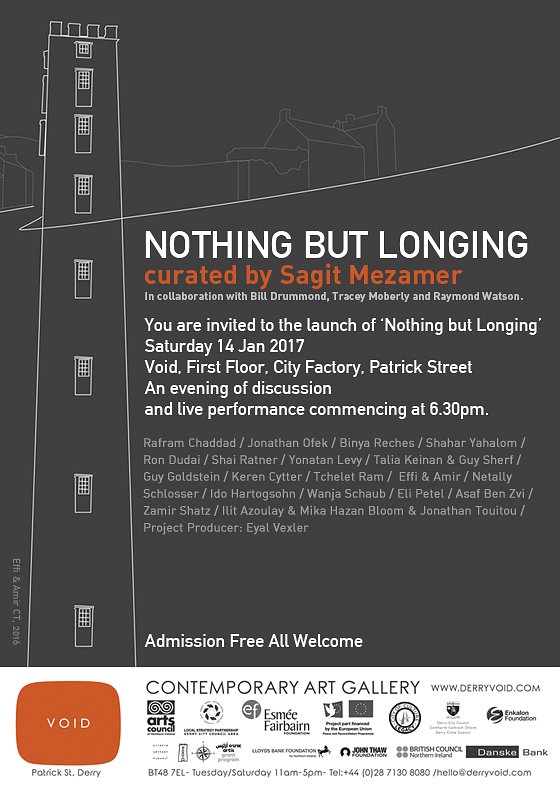 In 2014, Bill Drummond, founder of avant-garde pop group The KLF, approached Sagit Mezamer to curate a year long residency with artists from Israel. This subsequently turned into The Curfew Tower Residency 2015-16, the fruits of which will be shown in an upcoming group exhibition at the Void Derry Gallery.

Parasite is pleased to announce that Tchelet Ram is among the participating artists, and is currently in Northern Ireland preparing for show. We cordially invite you to attend the exhibition’s opening event on January 14th, 6:30pm.